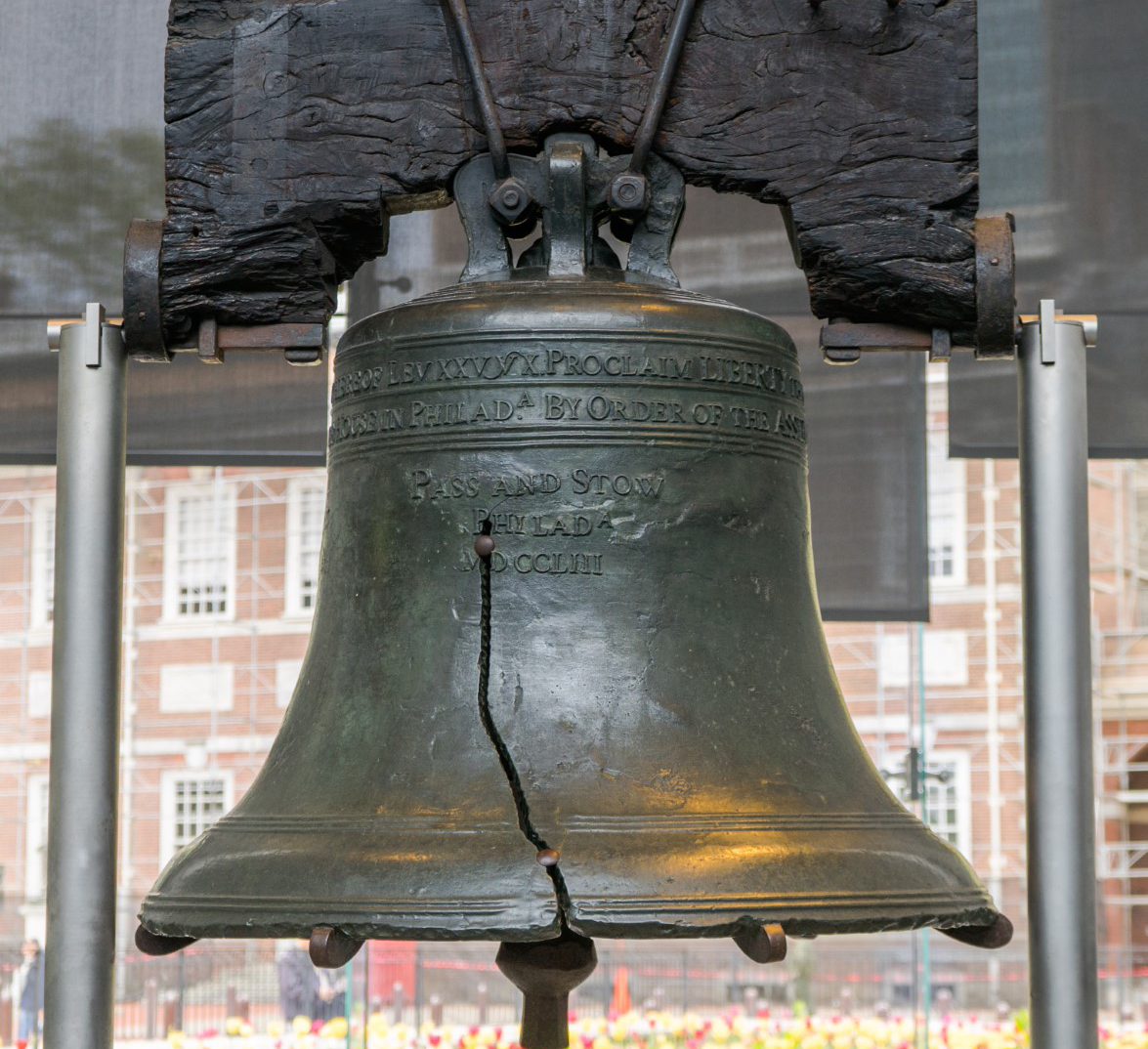 Miranda warnings are embedded in American culture. From our movies and TV dramas we are raised on the notion that the police must read us our rights whenever we are placed under arrest. The warnings required by Miranda are intended to safeguard a person’s privilege against self-incrimination. Prior to questioning, the police are required to give an arrestee the following

You have the right to remain silent. Anything you say can and will be used
against you in a court of law. You have a right to an attorney. If you can’t afford
an attorney, one will be provided to you. If you decide to answer questions now
without a lawyer present, you have the right to stop answering at any time. Do
you understand the rights I have just read to you? With these rights in mind, do
you wish to speak to me?

Clients frequently ask me whether their case can be dismissed because they were not read their
rights. Suppressing an unwarned statement depends on several important factors.

First, the client must be in custody when they are questioned. A person is in custody only
if, under the circumstances, a reasonable person would believe that their freedom of movement
was restrained to the degree associated with a formal arrest. Dowthitt v. State, 931 S.W.2d 244,
254 (Tex. Crim. App. 1996). An incriminating statement made while being temporarily detained
does not require Miranda warnings. A temporary investigative detention however can become a
custodial arrest and determining when the encounter went from a detention to an arrest is fact
specific. Any particular case may present circumstances showing that the questioning had
occurred beyond the investigatory stage.

Another factor in determining whether the warnings are necessary is whether the statement
was made in response to custodial interrogation. “Interrogation” is questioning initiated by law
enforcement officers which a police officer should know is reasonably likely to elicit an
incriminating response. The law does not require private citizens nor security guards to provide
Miranda warnings and the warnings are not required unless the person to whom the statements
are made is acting as an agent of law enforcement pursuant to a police practice. Statements
made to fellow prisoners are not subject to suppression. Similarly, statements made by
shoplifting suspect to a security guard is not subject to suppression.

Merely giving the warnings is insufficient; the defendant must waive the rights they
reference. The waiver must be the product of a free and deliberate choice rather than
intimidation, coercion, or deception and made with a full awareness of both the nature of the
right being abandoned and the consequences of the decision to abandon it. A juvenile’s age,
experience, education, background, and intelligence and his capacity to understand the warnings
are relevant considerations in determining whether someone knowingly waived his Miranda
warnings.

Finally, a person who volunteers incriminating statements that are not in response to
custodial interrogation does not have the benefit of claiming he was unwarned. When a person
mutters a voluntary statement which is not the product of police questioning the statement is
exempt from the requirements of Miranda

There are times where we want to suppress a statement for obvious reasons. The
statements, either true or false, will be used as evidence to prove a person’s guilt at trial. There
are also times where we do not want to suppress an unwarned statement because it is mitigating
or exculpatory. Not all statements are incriminating, and some statements may support a
justification or defense. A video recorded statement is not subject to cross-examination and may,
when admitted as direct evidence, provide unimpeached court room testimony.

MIRANDA AND THE TWO-STEP INTERROGATION TECHNIQUE

Miranda warnings are designed to ensure that a suspect’s statement is voluntary. A suspect
must be “adequately and effectively” advised of his Miranda rights. Typically, law enforcement
provides a suspect with Miranda warnings and then follows with an interview designed to elicit a
series of incriminating responses. However, the “Two-Step Interrogation Technique — a
technique of interrogating a suspect in successive, unwarned and warned phases — may lead to a
challenge to the voluntariness of the statement. The police carry out the two-step interrogation
technique when they withhold Miranda warnings until after drawing out a confession. After
obtaining a confession, the police interview the suspect a second time with warnings. After
confessing to some misconduct during an initial interview, a suspect might be more willing to
provide a second confession even after receiving Miranda warnings. This is especially true
when the suspect sees the second interview as a continuation of the first interview. To keep the
suspect focused on admitting wrongdoing, the police might use the suspect’s first unwarned
statement to lead him through the second interview. The two-step technique undermines the
effectiveness of a suspect to understand his right to remain silent before and after he has already
incriminated himself. It may lessen the effectiveness of a suspects understanding of his right to
have a lawyer present after questioning has already commenced, and the right to stop the
interview at any time. The technique can be a deliberate coercive attempt to extract a confession
or it may be inadvertent. Admissibility issues arise when the two-step technique disables an
individual from making a free and rational choice about speaking.

The United States Supreme Court set out the rule concerning two-step questioning in a line
of cases starting with Oregon v. Elstad, 470 U.S. 298, 105 S.Ct. 1285, 84 L.Ed.2d 222 (1985).
In Elstad, two officers went to appellant’s home with an arrest warrant for burglary. They
interviewed Mr. Elstad in his living room without warnings. The officers asked him whether he
knew another man implicated in a robbery and they told Elstad that they believed he was
involved in the burglary. Elstad quickly admitted he was there. (Later in Siebert, see below, the
Court described this as a “laconic prior admission”). The officers then transported Elstad to the
Sheriff’s headquarters and approximately one hour later, joined him in an office for the second
stage of the interview. Elstad was then advised for the first time of his Miranda rights. He
indicated he understood his rights and waived them. He gave a full statement, that was consistent
with his first statement explaining his involvement in the burglary. Elstad conceded that the
officers made no threats or promises either at his residence or at the Sheriff’s office. Elstad, at
1288–89, 300–02.

The Court observed that the failure to give warnings during the first interview was an
oversight and the incident had none of the earmarks of coercion. Additionally, the officers did
not exploit the unwarned admission to pressure Elstad into waiving his right to remain silent.
The Court emphasized that “[a]bsent deliberate coercion or improper tactics in obtaining an
unwarned statement, a careful and thorough administration of Miranda warnings cures the
condition that rendered the unwarned statement inadmissible.” Despite the lack of warnings
during the first interview, the Court held “that a suspect who has once responded to unwarned yet
uncoercive questioning is not thereby disabled from waiving his rights and confessing after he
has been given the requisite Miranda warnings.” Id. at 318, 105 S.Ct. 1285. “The relevant
inquiry is whether, in fact, the second [warned] statement was also voluntarily made.” 470 U.S.,
at 318, 105 S.Ct. 1285 (footnote omitted). Later decisions have described Elstad as creating a
good-faith exception to the Miranda requirements. The Supreme Court focused exclusively on
whether the officers’ unwarned statement and the subsequent warned statement were
“deliberately coercive.”

Later in Missouri v. Seibert the Court found the Two-Step technique to be improperly
applied. 542 U.S. 600, 611–12, 124 S. Ct. 2601, 2610, 159 L. Ed. 2d 643 (2004). Ms. Seibert
feared charges of neglect because of bedsores to her 12–year–old son’s body who had died in his
sleep. In the process of concealing evidence of the death, their mobile home was set on fire.
One of her other sons was hospitalized for burns, and another teenager who was mentally ill
died. Five days later, the police arrested Siebert and she was charged with murder. She was
taken to the police station and left alone in an interview room for 15 to 20 minutes. A police
officer questioned her without Miranda warnings for 30 to 40 minutes, squeezing her arm and
repeating “Donald [the mentally ill teen] was also to die in his sleep.” After Seibert finally
admitted she knew Donald was meant to die in the fire, she was given a 20–minute coffee and
cigarette break. The officer then turned on a tape recorder, gave Seibert Miranda warnings, and
obtained a signed waiver of rights from her. He resumed the questioning and confronted her
with her prewarning statements and she confessed to the murder.

An officer testified that the strategy of withholding Miranda warnings until after
interrogating and drawing out a confession was promoted not only by his own department, but by
a national police training organization and other departments in which he had worked.
Consistently with the officer’s testimony, the Police Law Institute, for example, instructs that
“officers may conduct a two-stage interrogation…. At any point during the pre-Miranda
interrogation, usually after arrestees have confessed, officers may then read the Miranda
warnings and ask for a waiver. If the arrestees waive their Miranda rights, officers will be able
to repeat any subsequent incriminating statements later in court.” Police Law Institute, Illinois
Police Law Manual 83 (Jan. 2001–Dec. 2003).

The Supreme Court found that the facts in Siebert by any objective measure reveal a police
strategy adapted to undermine the Miranda warnings. The Court said: “It seems highly unlikely
that a suspect could retain any such understanding when the interrogator leads him a second time
through a line of questioning the suspect has already answered fully.” In excluding Siebert’s

Statements, the Court looked at the following non-exhaustive list of factors:

The Court stated that these circumstances must be seen as challenging the comprehensibility and
efficacy of the Miranda warnings to the point that a reasonable person in the suspect’s shoes
would not have understood them to convey a message that the suspect retained a choice about
continuing to talk.

In an important concurrence, Justice Kennedy agreed with the result in Seibert but crafted
a narrower test for exclusion of unwarned statements: when a two-step interrogation technique is
used in a deliberate, calculated way to undermine Miranda warnings, the post-warning
statements should be excluded absent “curative measures.” Seibert, 542 U.S. at 622, 124 S.Ct.
2601 (Kennedy, J., concurring) Curative measures should be designed to ensure that a
reasonable person in the suspect’s situation would understand the import and effect of the
Miranda warning and of the Miranda waiver. Justice Kennedy offered two examples of curative

(1) A substantial break in time and circumstances between the prewarning statement
and the Miranda warning which may suffice in most circumstances, as it allows the accused to
distinguish the two contexts and appreciate that the interrogation has taken a new turn.

(2)Alternatively, an additional warning that explains the likely inadmissibility of the prewarning
custodial statement may be sufficient.

Siebert presented facts which “by any objective measure” reveal a police strategy adapted
to undermine the Miranda warnings while the failure to give warnings in Elstad was “an
oversight and the incident had none of the earmarks of coercion.” The two cases call for
conclusions based on how law enforcement used the two-step technique. Most cases fall
somewhere in between the two extremes. What constitutes using the two-step technique in a
“deliberate, calculated way” will be a question of fact marshalled by effective advocacy. As the
Court noted in Siebert, “[t]he threshold issue when interrogators question first and warn later is
… whether it would be reasonable to find that in these circumstances the warnings could function
‘effectively’ as Miranda requires.”